Since we are more than halfway through the year it's time to highlight some of the albums released you may have missed. All of the titles can be found at your local library and are worth checking out.

XX - I See You, opens a new window 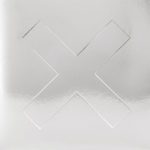 Released in January of this year, which can be a dead zone for new music, the XX's third album is still going strong and manages to wash any lingering suspicions listeners may have had after the disappointment of the band's second album. I See You is their most ambitious and accessible album yet, and Jamie XX's beats stand front and center in each song and add a necessary rhythmic kick to cut through the gloom. There is still enough melancholy to be found here for old fans, but the bands more musically ambitious approach should win over new listeners as the album traverses the ups and downs of romantic relationships. 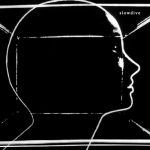 This shoegaze, opens a new window band's first album in 22 years not only manages to be good, it is genuinely one of the band's best albums and rivals their most well-known release Souvlaki, opens a new window. While this album doesn't diverge much from the group's guitar effects laden work of earlier releases, it has enough surprises to not just sound like a complete retread of previous releases. While mixing ethereal moments with aching melodies Slowdive have created an album that serves as a perfect introduction to their own work, and the music genre of shoegaze. 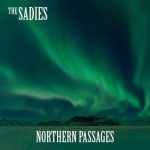 This venerable Canadian alternative country institution released their 10th album earlier this year, and while they have been consistently great for a while, this album deserves particular attention. Their unique meld of country and rock traverses into other genres on this release including psychedelic rock and folk. Guest songwriter and guitarist Kurt Vile, opens a new window adds his mellifluous guitar work to the song It's Easy. 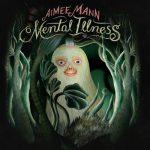 Aimee Mann's first album in nearly five years is aptly described by its album title. Mental Illness is an album filled with poignant and witty stories about characters battling the recurring mental battles that scar lives and relationships. While this may sound like a huge downer, Mann is a master craftsman and this album of chamber folk is full of soothing melodies. 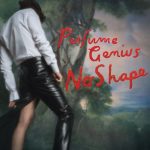 Mike Hadreas' fourth album of art-pop reaches opulent heights on his most grandiose work yet. The album is filled with a variety of musical styles from orchestral-pop and funk to synth-pop and ballads, and the ornate arrangements lead to some truly transcendental pop music a la Kate Bush, opens a new window. 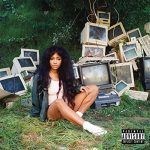 This is the first full length album from the neo-soul and alternative R&B artist known as SZA who is originally from St. Louis. SZA's disparate influences range from rock and rap to soul and jazz on this unconventional release whose off-kilter rhythms meld with songs about ex-lovers, insecurities, and intimacy. This is gritty R&B with diary-like lyrics and an unmistakable voice similar in the mold of Billie Holiday or Bjork.