I have a love/hate relationship with New York Times bestselling author Melanie Benjamin’s work. I love how her novels 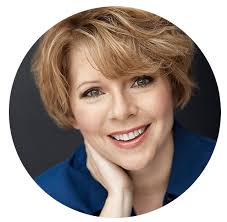 pull me in; I feel as if I’ve been transported back in time and I am witnessing these events as they happened. I love how they send me to the Library to learn more about her characters and their time. I love how well-written her books are; I want to savor each and every word.

I hate that her novels are so damn good, pageturners, that I find myself reading as fast as I can, staying up way past my bedtime to see what happens next.

Her new novel, “The Girls in the Picture,” was released on January 16, 2018, and is no exception to any of the above mentioned loves/hates.

This time out, Benjamin tackles old Hollywood, in particular, America’s Sweetheart, Mary Pickford, and her best friend, actress/writer Frances Marion. This is the story of their lives and their careers.

The dedication to Benjamin Dreyer says that he rescued it from the slush pile (writer slang for manuscripts that don’t attract attention). Who is he? What did he do? Was this novel written before any of the others or maybe between the others? Benjamin is the copy chief in my division of Penguin Random House. We’ve become friends, and we’re both ardent lovers of old Hollywood. We were talking (online – where all my talking takes place these days!) about something concerning Mary Pickford, and I mentioned to him I’d long wanted to write a novel about her friendship with Frances Marion, but for whatever reasons, my editor had repeatedly squashed the idea. Benjamin was so enthusiastic that he went to her office and told her that this was the novel I should write!  It just so happened we were, right at that moment, discussing ideas for the novel to come after "The Swans of Fifth Avenue," and she mentioned this topic. I was astonished.  I showed her the emails in which she’d rejected it over the years. But she said that she couldn’t deny my passion for the idea, and of course, Benjamin’s visit really impressed her.  So – that’s what I meant by the dedication.

Where did the idea for this book originate? As I said, I’m a huge fan of early Hollywood. I devour old movies, read histories and biographies. The silent era – the early silent era in particular – has always fascinated me due to its raw energy, the sense of everyone being in it together, inventing this new art form on the fly.  And the pioneers of Hollywood have a special place in my heart – they seemed a lot like me – and learning about the close friendship and collaboration between Mary Pickford and Frances Marion inspired me. It was the story of this friendship, against the backdrop of such inventiveness and glamour, that I longed to tell.

I think I understand what “block booking” means, but will you explain. Block booking was the practice of forcing theaters (in those days, each major studio had its own distribution chain of theaters) to purchase a bunch of movies at once.  And the carrot was always the big name. So in order to make sure all movies were released, the studio said the theater owners couldn’t have the latest Mary Pickford movie unless they also bought a bunch of other films made by lesser stars. Mary didn’t think that was right; she knew it was her name, her hard work, that was making it possible for other actors to have their films seen, even really bad films, and she also felt she should be getting a much bigger percentage of the profits than she was. Her anger over this is what led Adolph Zukor – the head of Famous Players Studios where she worked – to give her her own production/distribution company, called ArtCraft, which would only produce and distribute prestige films, like those made by – Mary Pickford.

Was Mary’s contemplation of suicide in late 1916 fact or fiction? If fact, was that hard to find? If fiction, why did you add it to the story? It’s fact. It’s a little hazy as to exactly when it occurred to her in that time period, or to tie it to any specific event as I did is using the power of invention. But it is fact that she felt the pull to go to the window and consider taking the plunge, and called her mother before she did. There are a lot of other reasons that are speculated as to why she felt so depressed and ill at that time – one of the reasons being the one I depicted, the initial reaction to her film with Frances, “The Poor Little Rich Girl.”  But there are other things that occurred to her at this time in her marriage that could have been the reason.  She was simply very depressed at that time in her life.

When Mary and Frances are on a double honeymoon with the loves of their lives (Douglas Fairbank, Sr. and Fred Thompson), they visit the Tower of London, Frances says, “I wanted to linger at everything---the crown jewels, the tiny ro 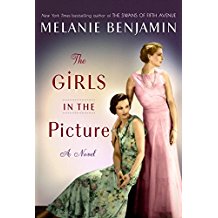 After reading the book (BTW did I say I LOVED it), the title, “The Girls in the Picture,” has really nothing to do with the movies, although initially, I thought it did. Did you always know that this would be the title, or how did it come about? Well, it does and it doesn’t. It certainly evokes the movies, doesn’t it?  And that’s definitely intentional. I decided on the title because, in my research, the photographs so consistently showed either Mary, or Frances, or Mary and Frances, surrounded by a bunch of men. The only “girls in the picture.” Now, I could have called it “the women in the picture” but frankly, that didn’t have the same ring to me. And I remember my grandmother – who was a child in that era – always referred to her female friends, even when they were in their 90s, as “the girls.” So I thought the phrase summed up, nicely, everything about the book – the era, the setting, and most importantly, the closeness of the relationship between Mary and Frances, and how they were truly feminist pioneers.

Which book was easier to write? In my memory – and remember, I’ve written a lot of books in the past years, some of which you’ve never heard of because my editor and I ultimately decided they weren’t good enough, and moved on to something else – ALICE I HAVE BEEN, THE AUTOBIOGRAPHY OF MRS. TOM THUMB, THE SWANS OF FIFTH AVENUE and now THE GIRLS IN THE PICTURE were all fairly “easy” to write, although no book is easy to write. Each had its unique challenges, as I said. But I do think that THE AVIATOR’S WIFE was the most difficult to get right, and required the longest revision period of any of my published books (so far).  And the interesting thing is, it’s my most successful book to date.  Go figure!

Which book is your favorite? I truly love them all, and my favorite is always the book I’m currently writing.  But that said, I think I have a special place in my heart for THE AUTOBIOGRAPHY OF MRS. TOM THUMB, just because that entire book was brand new to me – unlike the others, I’d never heard of the protagonist before I stumbled across her name in a history book.  So it was a delightful journey of discovery, plus I just adored Lavinia Warren Stratton.  And, it was my least successful – another reason I probably cherish it a little bit more than the others.  I think it deserved more!

How long did it take you to complete this novel and how many drafts did you write? I can never remember this, actually.  That’s true.  I don’t mark things off on a calendar.  I don’t keep files of separate drafts.  I just work, every day, in the same old Word File, and that file changes and changes over time until I have it right.  It probably took me 5-6 months, all totaled, including research.  But the thing is, in the middle of the time I was writing, I had to go on tour for THE SWANS.  So when I say 5-6 months, they weren’t consecutive.  That’s always the case when you have other books out there.

I’m very excited for your next work!  Can you tell us about it, and when do you think it will hit the shelves? All I can say is that it will probably be out in early 2019.  But, just like I answered above, I have a book tour to do right now, and the revisions I need to do to the next one (my editor has read my initial version, and has thoughts!), will have to wait until I’m all done talking about THE GIRLS IN THE PICTURE!

The Girls in the Picture is available as a book, an eBook and as an Audiobook CD.

Melanie's  other books in SLPL's collection are:

Alice I Have Been

The Autobiography of Mrs. Tom Thumb

The Swans of Fifth Avenue