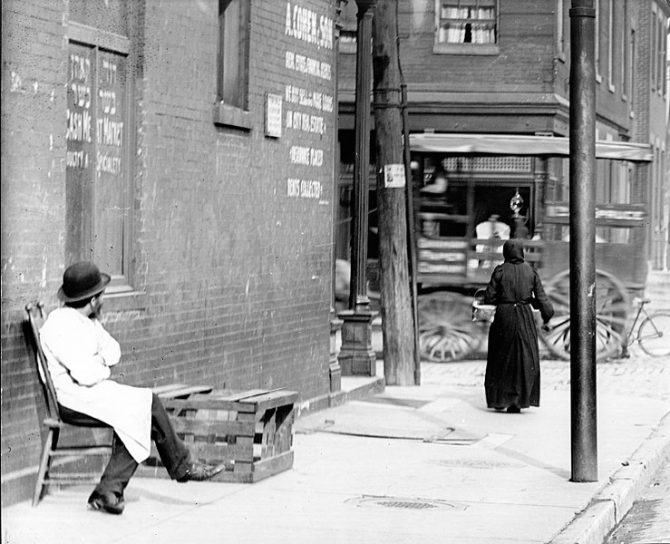 Join us on Saturday, November 9th for the next installment of St. Louis Public Library's Becoming American series.

This session will show an excerpt of the documentary film The Jewish Americans, which chronicles the two million Jews who immigrated to America in the late 19th and early 20th Centuries. Many of these people were escaping anti-Jewish pogroms in Russia and Eastern Europe. While many settled on the Eastern seaboard, thriving Jewish populations popped up in unlikely places like Clarksburg, West Virginia; Wichita, Kansas; Oakland, California; and St. Louis, Missouri.

Editor-in-chief Emeritus Robert A. Cohn will be on hand to talk about his five-decade career at the St. Louis Jewish Light and his experiences growing up in St. Louis. As one of the most hardworking and esteemed journalists in the city, he has a keen insight into St. Louis' history and the Jewish contributions that have helped make our city what it is. He will offer valuable historical context, help explain the politics of the Jewish community, and talk about the myriad ways that Jewish immigration helps shape our past and future.

Read an interview with Robert Cohn where he reflects upon his career at The St. Louis Jewish Light, his life, and turning eighty.