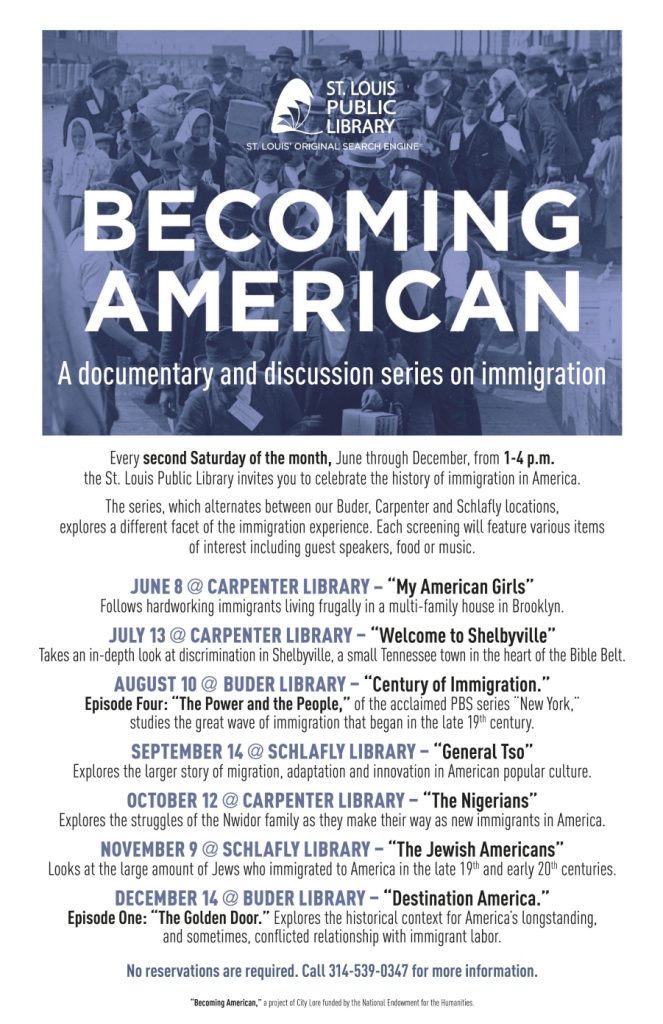 Please join us for the upcoming “Becoming American” series of documentaries and discussions on immigration.  Every second Saturday of the month, from June through December, from 1-4 p.m. the St. Louis Public Library invites you to celebrate the history of immigration in America.

The series, which alternates between our Buder, Carpenter and Schlafly locations, explores a different facet of the immigration experience. Each screening will feature various items of interest including guest speakers, food or music.  The first program is on June 8 at Carpenter Library: “My American Girls,” follows hardworking immigrants living frugally in a multi-family house in Brooklyn. Prior to the movie, Jason Simmons will perform Caribbean music on steel drums.

The entire schedule is as follows:

No reservations are required. Call 314-539-0347 for more information or visit the Library’s events calendar.