Inventors improve something by making it more efficient, easier to use, longer-lasting, cheaper, etc. Do you think you have an idea that would make everyday life easier?  See how these inventions changed the way we see the world with these titles from our digital collections. 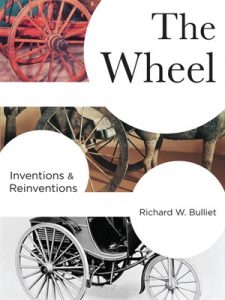 In this book, Richard W. Bulliet focuses on three major phases in the evolution of the wheel and their relationship to the needs and ambitions of human society. He begins in 4000 B.C.E. with the first wheels affixed to axles. He then follows with the innovation of wheels turning independently on their axles and concludes five thousand years later with the caster, a single rotating and pivoting wheel. Bulliet's most interesting finding is that a simple desire to move things from place to place did not drive the wheel's development. If that were the case, the wheel could have been invented at any time almost anywhere in the world. By dividing the history of this technology into three conceptual phases and focusing on the specific men, women, and societies that brought it about, Bulliet expands the social, economic, and political significance of a tool we only partially understand. He underscores the role of gender, combat, and competition in the design and manufacture of wheels, adding vivid imagery to illustrate each stage of their development. 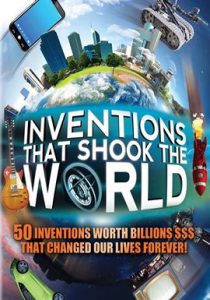 As seen on the Discovery Channel! From the airplane to the DNA fingerprint, science, history and pop culture come under the spotlight in this thrilling chronicle of the 20th Century's greatest inventions. Go on a decade-by-decade voyage of discovery through life-changing inventions; like the radio that made the world smaller; the machine gun that made it more dangerous; or the parking meter that made it more expensive. Meet the brilliant, often quirky minds that brought the inventions to life, including the smartest man on the planet and the high school dropout everyone took for a fool. Witness the discovery and creation of billion-dollar inventions and financial disasters - all players in the most innovative century the world has ever 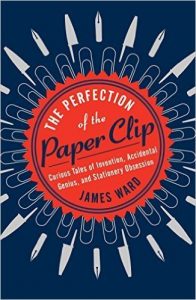 This wonderfully quirky book will change the way you look at your desk forever with stories of accidental genius, bitter rivalries, and an appreciation for everyday objects, like the humble but perfectly designed paperclip and the utilitarian, irreplaceable pencil. How many of humanity’s brightest ideas started out on a scrap of paper, a Post-It, or in the margins of a notebook? In a delightfully witty and fresh voice, James Ward—cofounder of the Boring Conference and collector of the arcane—explores the secret histories of deskbound supplies, from pencils to fluorescent ink, and the gleaming reams of white paper we all take for granted, encouraging a deeper appreciation and fascination for the things that surround us each day. 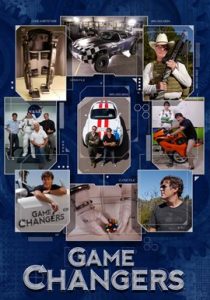 Game Changers focuses on regular people who have invented something real and profound that are going to change our world.  Host Andrew Anthony gives us an inside look into the new world of invention and introduces us to some of the coolest ideas and craziest science world rebels out there.