Banned Books Week celebrates the freedom to read and highlights the value of free and open access to information. These books have all been challenged or banned from library and school shelves. Challenged works are about issues which include people of color, gender, and cultural differences. Here is a selection of diverse eBooks that have been challenged and/or banned. 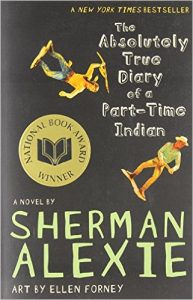 Bestselling author Sherman Alexie tells the story of Junior, a budding cartoonist growing up on the Spokane Indian Reservation. Determined to take his future into his own hands, Junior leaves his troubled school on the rez to attend an all-white farm town high school where the only other Indian is the school mascot.
Heartbreaking, funny, and beautifully written, The Absolutely True Diary of a Part-Time Indian, which is based on the author's own experiences, coupled with poignant drawings by Ellen Forney that reflect the character's art, chronicles the contemporary adolescence of one Native American boy as he attempts to break away from the life he was destined to live. A 2015 Stonewall Honor Book. A groundbreaking work of LGBT literature takes an honest look at the life, love, and struggles of transgender teens. Author and photographer Susan Kuklin met and interviewed six transgender or gender-neutral young adults and used her considerable skills to represent them thoughtfully and respectfully before, during, and after their personal acknowledgment of gender preference. Portraits, family photographs, and candid images grace the pages, augmenting the emotional and physical journey each youth has taken. Each honest discussion and disclosure, whether joyful or heartbreaking, is completely different from the other because of family dynamics, living situations, gender, and the transition these teens make in recognition of their true selves. 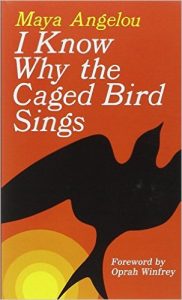 Here is a book as joyous and painful, as mysterious and memorable, as childhood itself. I Know Why the Caged Bird Sings captures the longing of lonely children, the brute insult of bigotry, and the wonder of words that can make the world right. Maya Angelou's debut memoir is a modern American classic beloved worldwide. Sent by their mother to live with their devout, self-sufficient grandmother in a small Southern town, Maya and her brother, Bailey, endure the ache of abandonment and the prejudice of the local "powhitetrash." At eight years old and back at her mother's side in St. Louis, Maya is attacked by a man many times her age—and has to live with the consequences for a lifetime. Years later, in San Francisco, Maya learns that love for herself, the kindness of others, her own strong spirit, and the ideas of great authors ("I met and fell in love with William Shakespeare") will allow her to be free instead of imprisoned. 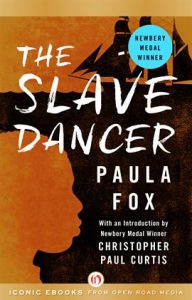 A young Louisiana boy faces the horrors of slavery when he is kidnapped and forced to work on a slave ship in this iconic novel. Thirteen-year-old Jessie Bollier earns a few pennies playing his fife on the docks of New Orleans. One night, on his way home, a canvas is thrown over his head and he's knocked unconscious. When he wakes up, Jessie finds himself aboard a slave ship, bound for Africa. There, the Moonlight picks up ninety-eight black prisoners, and the men, women, and children, chained hand and foot, are methodically crammed into the ship's hold. Jessie's job is to provide music for the slaves to dance to on the ship's deck-not for amusement but for exercise, as a way to to keep their muscles strong and their bodies profitable. Over the course of the long voyage, Jessie grows more and more sickened by the greed of the sailors and the cruelty with which the slaves are treated. But it's one final horror, when the Moonlight nears her destination, that will change Jessie forever. Set during the middle of the nineteenth century, when the illegal slave trade was at its height, The Slave Dancer not only tells a vivid and shocking story of adventure and survival, but depicts the brutality of slavery with unflinching historical accuracy.