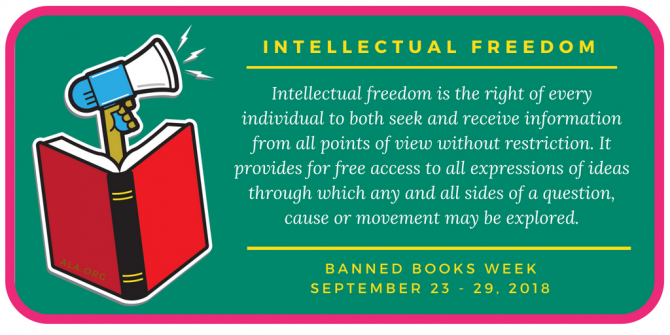 The annual celebration of Banned Books Week gives libraries an excuse to trumpet all that they do to protect intellectual freedom and to hopefully lure new and past patrons to explore our collections & check out something that folks have found to be subversive, offensive, or even  a little racy. Lists of books and other materials that have been banned or challenged abound, and in the Social Sciences room we have the good fortune to have the books about banned books and films as well as some books that have been subject to challenge. Visit St. Louis Public Library to find books that will inspire you, like the The Bad-ass Librarians of Timbuktu (available as a physical book, downloadable eBook, or audiobook CD), or make you sad, like Stolen Words, about the tens of millions of books stolen by the Nazis from European Jews. Both should leave you feeling inspired and committed to the importance of protecting and sharing information, and the important role libraries (& dare we say librarians) play in this crucial effort.

And speaking of racy.... Earlier this month we were visited by a college researcher working on a paper examining how (& if) the representation of women in print media has changed over time. She had a list of magazines that she wanted to see copies of from 1995 and 2015 so that she could find evidence to bolster her thesis. We were able to help her out with most of what she was looking for, including Cosmopolitan, Sports Illustrated, People... and Playboy. We pulled everything we had that she requested from Compton, SLPL's off-site storage, and introduced her to the wonders of microfiche using the machines up in the Genealogy department on the third floor of Central. While we only had the 1995 edition of Playboy that she was looking for, we think this anecdote serves as an excuse to offer up something that is actually somewhat racy (though we hear the articles are also very interesting), as well as to brag about the depth of St. Louis Public Library's collection. 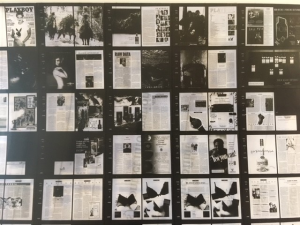 While Banned Books Week is officially limited to one week a year, the good news is that your public library is here year-round with all manner of prurient, salacious, thought-provoking, trouble-making, unsettling materials, and librarians are standing by to help you find something that might make you uncomfortable, but will definitely make you think.