These Latino authors have been recognized for their achievements in literature from the International Latino Book Awards. 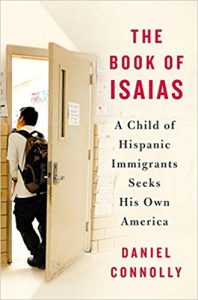 Review provided by OverDrive
18-year-old high school senior Isaias Ramos plays in a punk rock group called Los Psychosis and likes to sing along to songs by Björk and her old band, the Sugarcubes. He's so bright that when his school's quiz bowl goes on local TV, he acts as captain. The counselors at school want him to apply to Harvard. But Isaias isn't so sure. He's thinking about going to work painting houses with his parents, who crossed the Arizona desert illegally from Mexico. 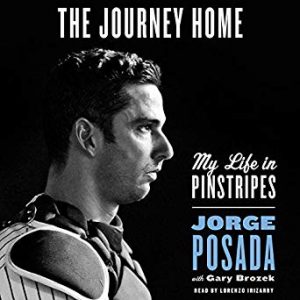 Review provided by Hoopla
The legendary New York Yankee catcher tells the incredible story of his personal journey, offering an unexpected, behind-the-plate view of his career, his past, and the father-son bond that fueled his love of the game. For seventeen seasons, the name Jorge Posada was synonymous with New York Yankees baseball. A fixture behind home plate throughout the Yankees biggest successes, Jorge became the Yankees' star catcher almost immediately upon his arrival, and in the years that followed, his accomplishments, work ethic, and leadership established him as one of the greatest Yankees ever to put on the uniform. Now, in this long-awaited memoir, Jorge Posada details his journey to home plate, sharing a remarkable, generational account of his journey from the ball fields of Puerto Rico to the House that Ruth built. 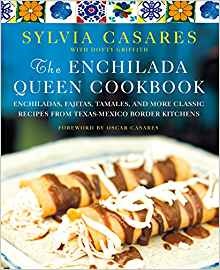 Review provided by OverDrive
Mexican food—by which most of us mean Tex-Mex—is a favorite from Los Angeles to New York and everywhere in between. And the heart of great Tex-Mex cooking comes from home kitchens along the Rio Grande. In THE ENCHILADA QUEEN COOKBOOK, Sylvia Casares gives you the best of the best, including tricks and simple techniques to turn any dish from appetizing to amazing. You'll learn how to make her Holy Trinity spice paste; why you should use certain key shortcuts, such as chicken bouillon, in some dishes; and how to do her tortilla-changing Texas Two-Step marinating technique. 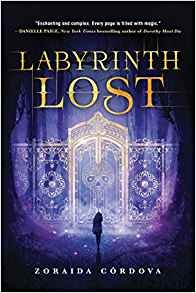 Review provided by Hoopla
Nothing says Happy Birthday like summoning the spirits of your dead relatives. Alex is a bruja, the most powerful witch in a generation...and she hates magic. At her Deathday celebration, Alex performs a spell to rid herself of her power. But it backfires. Her whole family vanishes into thin air, leaving her alone with Nova, a brujo boy she can't trust. A boy whose intentions are as dark as the strange marks on his skin. The only way to get her family back is to travel with Nova to Los Lagos, a land in-between, as dark as Limbo and as strange as Wonderland...