Author Terry McMillan, discusses and signs her new novel, I Almost Forgot About You, on June 15 at 7 p.m. at Christ Church Cathedral, 1210 Locust Street, across the street from Central Library. The event is FREE and open to the public, but due to space limitations, reservations are required. Visit Left Bank Books  or call 314.367.6731 to reserve your spot. 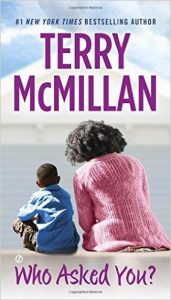 When Who Asked You? begins, Trinetta leaves her two young sons with her mother, Betty Jean, and promptly disappears. BJ already has her hands full dealing with her other adult children, two opinionated sisters, an ill husband, and her own postponed dreams—all the while holding down a job delivering room service at a hotel. 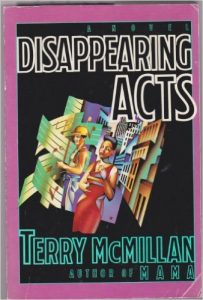 Beyond the joy of sex, Franklin and Zora see the possibility of a solid, lasting relationship; the trouble is, they're far from sure of how to get there. Disappearing Acts is a different kind of love story: frank and unsentimental, often uproariously funny, and graced throughout with moments of rare, hard-earned wisdom. 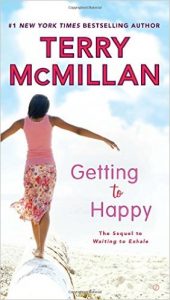 In WAITING TO EXHALE, Terry McMillan chronicled the lives and love affairs of women in their mid-thirties, opening up an entirely new literary field and audience for African-American writers. GETTING TO HAPPY, her exuberant and engaging "sequel," revisits the same four spirited women - Savannah, Gloria, Bernadine, and Robin - now catapulted into midlife.Fifteen years later, her heroines are as sassy, vivid, and smart-mouthed as ever. 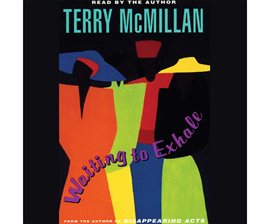 Waiting to Exhale is a masterful novel from a writer who has developed a special bond with her audience. Set in Phoenix, Arizona, it's a wise, funny, and resonant story about the friendship between four very different women who have one thing in common: they have not fared well with the men in their lives. Savannah Jackson is 35, single, and weary of men who can't make the transition from boyfriend to husband. Bernadine Harris is suddenly singleher husband has left her for a 24-year-old white woman.