Memorial Day is dedicated to service men and women who gave their lives for freedom and country. Volunteers place an American flag on each grave at the national cemeteries. Discover the history of Arlington National Cemetery with these titles from our digital collections. 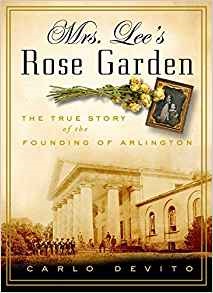 Review provided by OverDrive
Mrs. Lee’s Rose Garden is an intimate retelling of Arlington National Cemetery’s tragic beginnings, and sheds new light on this profound chapter in American history. Mrs. Lee’s Rose Garden is the intensely personal story of Arlington National Cemetery’s earliest history as seen through the lives of three people during the outbreak of the Civil War: Mary Ann Randolph Custis Lee, Robert E. Lee, and Montgomery C. Meigs. With all the majesty and pathos of a Greek tragedy, this story unfolds as the war's inevitable spiral of betrayal, tragedy, loss, and death begins, ultimately transforming the nation’s most famous country estate into its most sacred ground. 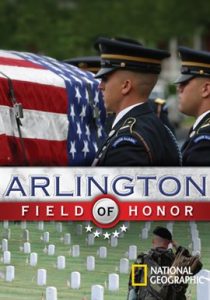 Review provided by Hoopla
America's most sacred places. Once little more than a potter's field, Arlington National Cemetery has become a national shrine and treasury of American history. Now, discover how this revered site came to be, and how it serves as the final resting place for both the famous and obscure, from John F. Kennedy to the Unknown Soldier. Through rare archival footage and captivating, true-life accounts, experience the moving stories of heroes and heroines and witness the daily activities and official rituals of the dedicated staff who strive to honor those who are laid to rest here. From fallen soldiers and daring explorers to political leaders and other honored Americans, the hallowed history of Arlington reveals a powerful portrait of this iconic and venerated landmark. 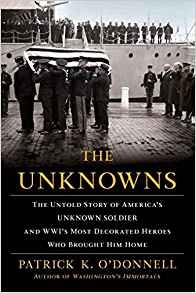 Review provided by OverDrive
The Tomb of the Unknown Soldier is sacred ground at Arlington National Cemetery. Originally constructed in 1921 to hold one of the thousands of unidentified American soldiers lost in World War I, it now also contains unknowns from World War II and the Korean and Vietnam Wars, and receives millions of visitors each year who pay silent tribute. When the first Unknown Soldier was laid to rest in Arlington, General John Pershing, commander of the American Expeditionary Force in WWI, seleted eight of America's most decorated, battle-hardened veterans to serve as Body Bearers. For the first time O'Donnell portrays their heroics on the battlefield one hundred years ago, thereby animating the Tomb by giving voice to all who have served. The Body Bearers appropriately spanned America's service branches and specialties. 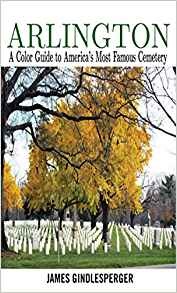 Review provided by Hoopla
When deaths from the Civil War exceeded the burial capacity of the Washington, D.C. area, the quartermaster general for the Union army was tasked with locating a site for a singular national cemetery large enough to allow for all the anticipated burials for the remainder of the war. The large estate across the Potomac River, which was owned by Robert E. Lee, served the purpose. Confiscating the property was an added measure of revenge, since Lee was considered a traitor to his country. By the end of the Civil War there were more than 17,000 graves on the property. Today, more than 400,000 burials have taken place on this bucolic piece of land, and the cemetery sees nearly four million visitors a year. Most Americans have heard of Arlington National Cemetery, yet many of those interred rest in obscurity. This book seeks to honor their memories by telling the stories of 250 people buried in there. Many were battlefield heroes, but some survived war to achieve major accomplishments. There are also stories of the original inhabitants of the cemetery, slaves and freedmen who worked on the Lee estate. There are even some humorous stories such as that of the 110-year-old veteran who was asked the secret of his long life. His response was 'When you start to die, don't.' In addition, the book covers the obvious sites that everyone wants to see such as the Tomb of the Unknowns and President Kennedy's gravesite. Navigating the cemetery can be frustrating at times. Searching for a particular section of the cemetery is impractical without a map and locating a specific grave within a section can lead to expenditure of significant time and energy. To aid visitors, a series of maps presents logical starting points. There is a GPS coordinate for each gravesite, which combines with the cemetery's smart phone application to make location simple. Each of the sites is accompanied by a color photograph.