Much of the Arabic-speaking world has been in the spotlight as of late, so I'd like to spotlight some of its literature. Take a look at Center for the Reader's list (and display, pictured below) of Arabic (and diaspora) fiction, which includes these gems:

Girls of Riyadh by Rajaa Alsanea

A "Scheherazade-like" peek into the lives of upper-class Saudi women, first published in Lebanon in 2005. 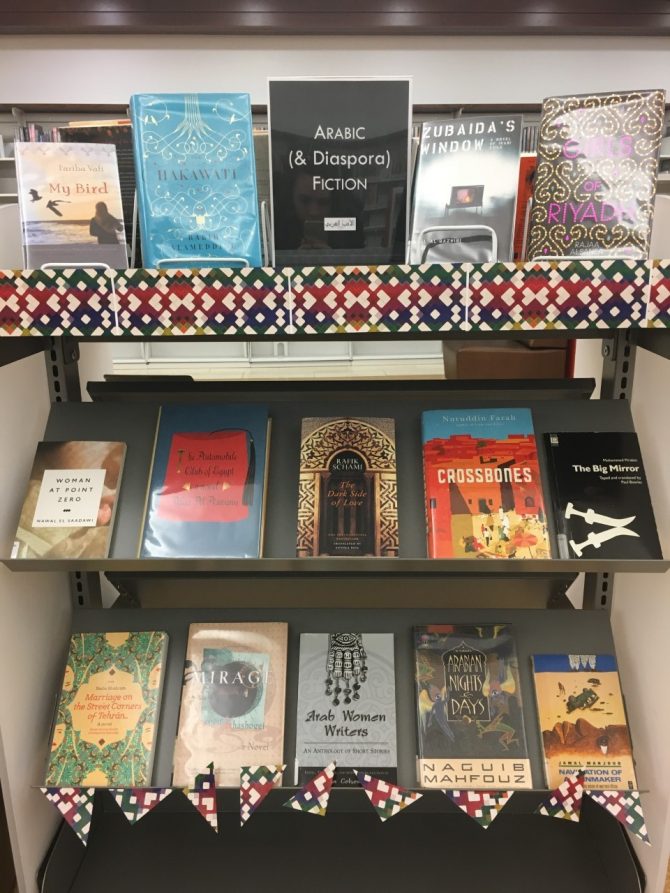 This is the last in a trilogy, after Knots and Links, focusing on modern-day Somalia. As one Goodreads reader posits, "For piratical stereotypes, direct yourself to Elmore Leonard. For a fascinating and exhaustive insight into what is really happening in the Horn of Africa, look beyond the news headlines and find a way to Nuruddin Farah."

A Teaspoon of Earth and Sea by Dina Nayeri

In 1980s Iran, Saba and her twin sister Mahtab are enchanted by American culture, a culture that Mahtab gets to claim when she disappears to the United States with the girls' father. This leaves Saba and her mother to deal with the Iranian Revolution on their own. Is is true what they say -- that twins share the same fate? 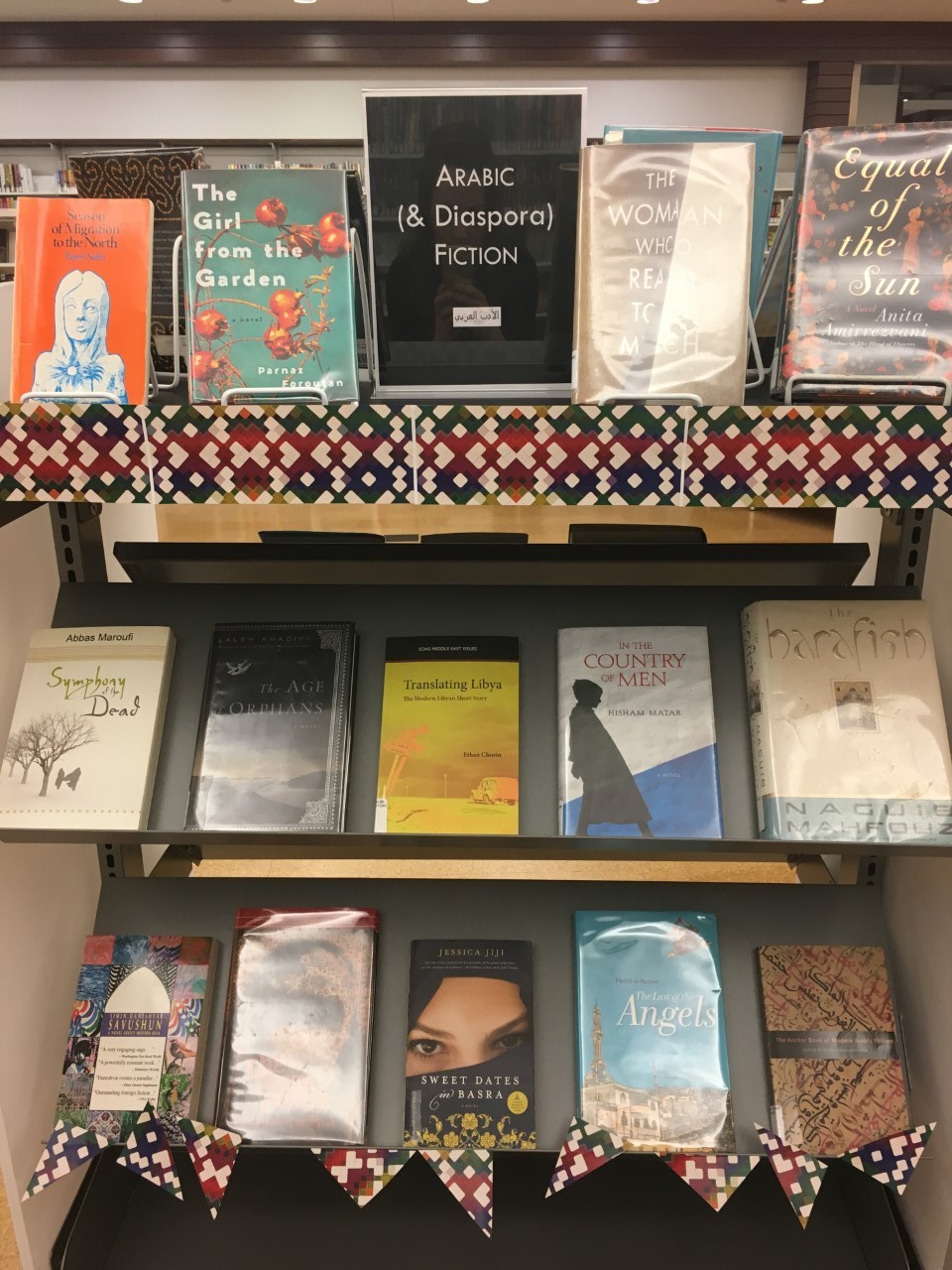 By an Iraqi writer exiled to Berlin in 1978, this is a stream-of-consciousness account of alienation and the 2003 invasion of Iraq.

The Dark Side of Love by Rafik Schami

Considered a (if not "the") Great Syrian Novel, this mosaic-like narrative covers the lives, loves, and feuds among three generations of Syrian families.

Emphasis in these lists is on "diaspora." According to Suheil Bushrui and James M. Malarkey, in their Lit Hub article, "A Brief, Wondrous History of Arabic Literature":

A purist would rightly insist that Arab literature per se—that is, in Arabic and by pure-blooded Arabs—is confined to those centuries immediately before and after the Islamic dispensation. From the so-called “Golden Age” onwards, following the astonishingly far-reaching Arab conquests, there were increasing exchanges of influence and intermingling with other cultures. Literary Arabic became obsolescent after the rise of the Ottoman Empire and it was largely owing to the determination of the small core who kept the language alive (especially in Egypt) that Arabic literature enjoyed a powerful renaissance in the late 19th century.

So. There's some "intermingling" going on. Noted. Also important:

On your local bookshop shelves, you’re not likely to find much literature translated from the original Arabic. You are likely to find what scholar Lila Abu-Lughod has called the “saving Muslim women, opens a new window” memoirs: titles characterized by themes of “coercion and lack of consent, absence of choice, and unfreedom.” To jog your memory, their dust jackets often feature a niqab-clad beauty with only her kohl-rimmed eyes peeking out.

This observation comes from Lit Hub's Marcia Lynx Qualey, in "10 Books by Arab Women Writers that Should Be Translated." And yes. Lots of what I found on our shelves are of the "saving Muslim women" persuasion. So we'll keep that in mind too -- that much of the Arabic literature that manages to trickle into the American mainstream reinforces some ill-conceived stereotypes.

We do have a small collection of fiction and short stories in the original Arabic, however, if you know or are learning the language. And if you have titles in mind that might round out our shelves, please -- consider suggesting a purchase! (That way we have something good to read while we wait for the publishing industry to change??)