Anime and Manga originated in Japan, but they are two different types of media. Anime are animations with colorful cartoon characters with large child-like eyes. Manga is a comic that is published into a graphic novel which opens from back to front and the reader starts the story from the top right corner. Discover the Anime and manga art forms with these titles from our digital collections. 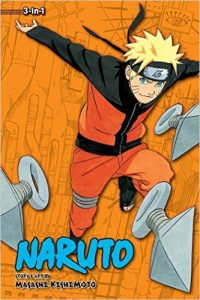 Twelve years ago the Village Hidden in the Leaves was attacked by a fearsome threat. A nine-tailed fox spirit claimed the life of the village leader, the Hokage, and many others. Today, the village is at peace and a troublemaking kid named Naruto is struggling to graduate from Ninja Academy. His goal may be to become the next Hokage, but his true destiny will be much more complicated. 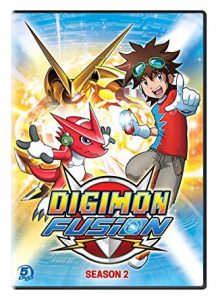 Mikey and his Digimon partner Shoutmon had been fighting to win back the Digital World, only to discover it had been completely taken over by the evil Bagra Empire. With the world now divided into seven different lands and ruled by seven powerful Dark Generals, Mikey and Shoutmon work to reunite the Fusion Fighters and Team Blue Flare in order to restore peace. Once together, the heroes must defeat each General one by one before facing Lord Bagra, but this mission is even tougher because each Dark General now has the ability to Digi-Fuse. With the fate of the Digital World in jeopardy, the Fusion Fighters must help the Digimon before they are deleted once and for all! 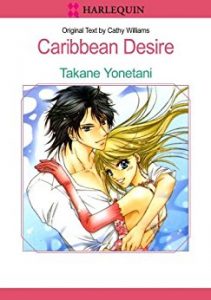 Before she passed away, Emma's mother told her that she has a wealthy grandfather. Emma gets close to him without revealing her identity, but she meets Conrad, a man mentored by her grandfather. Emma is immediately turned off by Conrad's arrogant and dangerous appeal. However, when her grandfather takes a turn for the worse, he comes up with an unlikely idea. 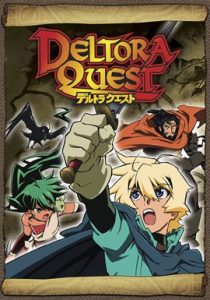 An anime series based on children's books of the same name, written by Australian author Emily Rodda, Deltora Quest is full of magic, mystery and action. In the series, the heroic Lief must venture into the darkest and most terrible places in Deltora to find the seven magical gems that can free everyone from the evil tyranny of the Shadow Lord.