Countries use symbols to express their ideals. The 4th of July is the United States most celebrated patriotic holiday. Here are some American symbols you can read about from our digital collection. 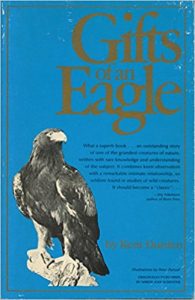 In 1955, Ed Durden brought a baby golden eagle home to his ranch in California, where she would stay for the next sixteen years. As her bond with Ed and the Durden family grew, the eagle, named Lady, displayed a fierce intelligence and strong personality. She learned quickly, had a strong mothering instinct (even for other species), and never stopped surprising those who cared for her.   A New York Times bestseller for eight weeks upon its publication, Gifts of an Eagle is a heartwarming story about a breathtaking eagle and the people whose lives she changed forever. 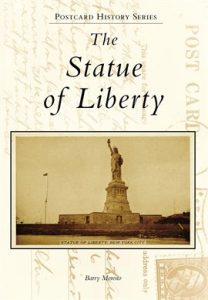 The world's most famous sculpture, the Statue of Liberty, Liberty Enlightening the World, rises to a height of 305 feet from the base of her pedestal to the top of the golden flame of her torch. Conceived, designed, and originally built in France, she was unveiled on her new island home in 1886. The postcard trade, still in its infancy, embraced the icon, and Miss Liberty's commanding figure soon appeared on millions of postcards. In this book, one will see the statue from many angles-profiles, long shots, close-ups, aerials, torch views, and more. 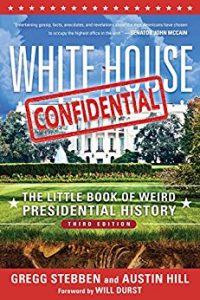 An irreverent look at Presidential foibles, follies, fibs, and moral failures. Were past presidents smarter, more honest, and better behaved that those we elect today? Don't bet on it! White House Confidential shows that commanders-in-chief have been lying, cheating, stealing, and womanizing from the days of the Founding Fathers. Focusing on the qualities that never made it into White House press releases, the authors look at their sexual misdeeds and strange family relationships, scandals that engulfed administrations, fights with enemies, and questionable money matters. Dip into these pages to find out: Which president was famous for being the richest man alive because of all his brilliant real estate deals? Which president was born in Canada, and was ineligible to hold the office of president? Which president caused some problems by trying to grow "strange herbs" in the White House garden? Which president often ordered White House staff to rub Vaseline into his scalp while he ate breakfast in bed? Which president often called his deputy chief of staff "Turd Blossom"? Updated with new material about many presidents including George W. Bush and Barack Obama, White House Confidential will have you laughing (and sometimes cursing!) as you take a second look at the next occupant of the Oval Office. 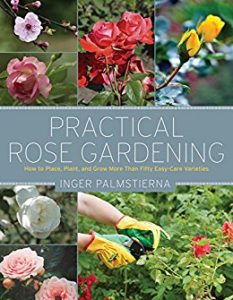 In Practical Rose Gardening, author Inger Palmstierna shares two of her special interests with us: modern roses, where the assortment is ever changing, and how one can use roses in a garden together with other plants. These are two fascinating areas she covers from top to bottom, so you can create a beautiful garden brimming with roses. Palmstierna begins by explaining the difference between a "modern rose" versus an "old-fashioned" variety. She then aids readers in selecting the right type of rose for their garden by providing detailed information on more than fifty popular rose varieties—pick your favorites by color or the type of environment in which each species thrives. Roses that grow as ground cover, for example, are easy to look after and are attractive on slopes and larger areas; roses that climb are perfect for a trellis or arch; and roses that grow as bushes are sturdy and can flower several times a season. And if you'd prefer to grow your roses in a pot on a balcony or terrace, you'll also learn how to care for them in winter!