There are many behind the scene employees of the Whitehouse.  Learn about those who work behind the doors for the president with these titles from our digital collections. 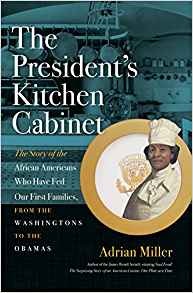 Review provided by OverDrive
Miller brings together the names and words of more than 150 black men and women who played remarkable roles in unforgettable events in the nation's history. Daisy McAfee Bonner, for example, FDR's cook at his Warm Springs retreat, described the president's final day on earth in 1945, when he was struck down just as his lunchtime cheese soufflé emerged from the oven. Sorrowfully, but with a cook's pride, she recalled, "He never ate that soufflé, but it never fell until the minute he died." 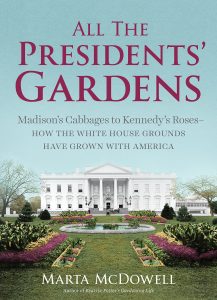 Review provided by Hoopla
The 18-acres surrounding the White House have been an unwitting witness to history-kings and queens have dined there, bills and treaties have been signed, and presidents have landed and retreated. Throughout it all, the grounds have remained not only beautiful, but also a powerful reflection of American trends. In All the Presidents' Gardens, bestselling author Marta McDowell tells the untold history of the White House Grounds, starting with plant-obsessed George Washington and ending with Michelle Obama's kitchen garden. History buffs will revel in the fascinating tidbits about Lincoln's goats, Ike's putting green, Jackie's iconic roses, and Amy Carter's tree house. Gardeners will enjoy the information on the plants whose favor has come and gone over the years and the gardeners who have been responsible for it all. And readers everywhere will delight in the historical and contemporary photographs, vintage seeds catalogs, and rare glimpses into Presidential pastimes 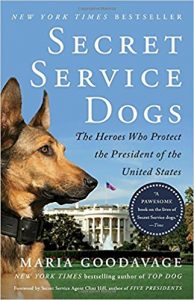 Review provided by OverDrive
Wherever the president goes, there will be dogs. They'll be there no matter what the country or state. They'll be there regardless of the political climate, the danger level, the weather, or the hour.  "If you let down your guard on the job," says Special Agent Bill G., canine program manager, "it can change the history of the world." It's a burden Secret Service dog handlers take extremely seriously regardless of their specialty. Tactical dog handlers on the White House lawn, handlers whose dogs sniff for explosives around the world, and those who walk their amiable floppy-eared dogs up and down Pennsylvania Avenue all live one common mantra: Not on my watch. Or my dog's. 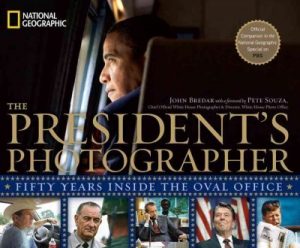 Review provided by Hoopla
With unprecedented access, National Geographic follows the President's photographer inside the Obama White House–aboard Air Force One, backstage at the State of the Union, and into the heart of the West Wing. It's a behind-the-scenes look at the everyday grit of the American presidency and a chance to see what it's like to cover the most powerful man in the world–for history. Narrated by Morgan Freeman.