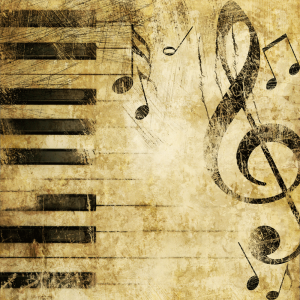 The St. Louis Public Library joins the city in celebrating the 50th anniversary of the opening of Powell Symphony Hall in January, 1968. While the architecture and acoustics of the building are critically acclaimed, the symphony hall is further commended by its resident St. Louis Symphony Orchestra, which, founded in 1880, is the second-oldest professional symphony orchestra in the United States, preceded only by the New York Philharmonic. Although the orchestra is an assembly of remarkable musicians led by equally talented conductors, the emphasis of any symphony, opera, concerto, overture, or ballet is the underlying music. While classical music may not enjoy as much popularity as it did in its golden age from 17th to the early 20th century, it continues to impress and inspire. Among the most enduring and unsurpassed works are those masterpieces created by the greatest composers in history. As such, the Center for the Reader has gathered a collection of fictional stories to honor these composers, whose character was often as peculiar and controversial as their creations, but without whose mastery of musical engineering and profound expression, the soundtrack of our collective history would be void of the transformative fervor and power of classical music. Follow this link to peruse more extensive fiction offerings related to composers, a listing that is not indicative of which composers should be honored or their importance in the annals of history, but simply represents the fiction Center for the Reader possesses related to famous composers. But we would love a healthy debate about who should be considered the greatest composer in history – bring it on!

If you are unable to attend the symphony, the Saturday night St. Louis Symphony Orchestra concerts are broadcast live by St. Louis Public Radio, on both the radio at 90.7 FM and internet streaming via the St. Louis Public Radio website. Dates and concert schedule can be found on both the public radio and STL Symphony websites. More exciting yet, enjoy a free concert at the Central Library on March 6 at 7 pm!

Ludwig van Beethoven – Germany (1770 – 1827), widely considered the greatest composer of all time, composed innovative sonatas, symphonies, concertos, and quartets by combining vocals and instruments in a manner never before attempted. That his most beautiful and extraordinary music was composed while deaf is an almost superhuman feat of creative genius. 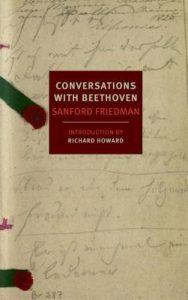 Deaf as he was, Beethoven had to be addressed in writing, and he was always accompanied by a notebook in which people could scribble questions and comments. Conversations with Beethoven, in a tour de force of fictional invention, tells the story of the last year of Beethoven s life almost entirely through such notebook entries: Friends, family, students, doctors, and others attend to the volatile Maestro, whose sometimes unpredictable and often very loud replies we infer. A fully fleshed and often very funny portrait of Beethoven emerges. He struggles with his music and with his health; he argues with and insults just about everyone. Most of all, he worries about his wayward and beloved nephew Karl. A large cast of Dickensian characters surrounds the great composer at the center of this wonderfully engaging novel, which deepens in the end to make a memorable music of its own. (goodreads)

Hector Berlioz – France (1803 – 1869), chastened during his lifetime for the uniqueness of his music, crafted many innovative compositions that set the tone for the 19th century Romantic period, including such creations such as the Symphonie fantastique and La Damnation de Faust.

In 1827 Harriet Smithson, a beautiful and talented young Irish actress joins an English company taking Shakespeare to Paris. With the ferment of revolution in the air, the new generation is longing for a kind of passionate, spontaneous art. To Harriet's astonishment, it is embodied in her - La Belle Irlandaise. She finds herself pursued by an intense young composer named Hector Berlioz. So begins a painful and profound love affair. She is his muse; his obsession. And Berlioz's Symphonie Fantastique, directly inspired by Harriet, will change music forever.
In the course of their marriage, their lives are transfigured and destroyed by genius, inspiration, and ultimately madness. Symphony is set against a background of nineteenth-century theatre, Romantic art and music, revolutionary Europe, inspiration and madness, but at its heart lies the story of a woman who found, almost against her will, that she was a maker of magic. (goodreads)

Franz Liszt – Hungary (1811 – 1886), a child prodigy who performed piano concerts by age 9 and had the uncanny ability to improvise an original composition from a melody suggested by the audience, is most notable for the creation of the symphonic poem, an orchestral musical piece that unites music and drama. 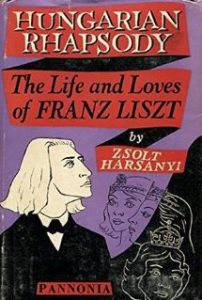 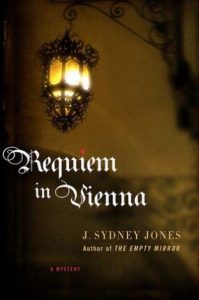 At first it seemed like a series of accidents plagued Vienna’s Court Opera. But after a singer is killed during rehearsals of a new production, the evidence suggests something much more dangerous. Someone is trying to murder the famed conductor and composer Gustav Mahler. Worse, Mahler might not be the first musical genius to be dispatched by this unknown killer. Alma Schindler, one of Mahler's many would-be mistresses, asks the lawyer and aspiring private investigator Karl Werthen to help stop the attacks, who then delves into Vienna's rich society of musicians to discover the identity of the person who has targeted one of Austria's best-known artists. Set during the peak of Vienna’s cultural renaissance and featuring some of the city's most colorful residents, Requiem in Vienna is a perfect historical fiction. Rich in description and populated by vivid characters, this is a mystery that will leave readers guessing until the very last moment. (goodreads)

Wolfgang Amadeus Mozart – Austria (1756 – 1791), popularly perceived as the most flamboyant personalities among famous composers, conceived and perfected the grand forms of symphony, opera, string ensemble, and concerto that marked the classical period. 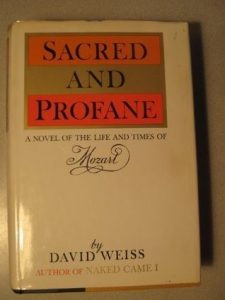 Of Sacred and Profane, Yehudi Menuhin notes on the inside cover of this novel about Mozart, "A very readable book which portrays the human being behind the music, increasing our love of both."

Dmitry Shostakovich – Russia (1906 – 1975), shunned by the Communist Russian government, created fifteen symphonies, and ultimately preserved, in spite of pressures of government-imposed standards of Soviet art imposed by the Stalin regime. 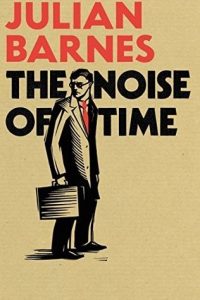 In 1936, Shostakovitch, just thirty, fears for his livelihood and his life. Stalin, hitherto a distant figure, has taken a sudden interest in his work and denounced his latest opera. Now, certain he will be exiled to Siberia or, more likely, executed on the spot, Shostakovitch reflects on his predicament, his personal history, his parents, various women and wives, his children—and all who are still alive themselves hang in the balance of his fate. And though a stroke of luck prevents him from becoming yet another casualty of the Great Terror, for decades to come he will be held fast under the thumb of despotism: made to represent Soviet values at a cultural conference in New York City, forced into joining the Party and compelled, constantly, to weigh appeasing those in power against the integrity of his music. In The Noise of Time, Barnes elegantly guides us through the trajectory of Shostakovitch's career, at the same time illuminating the tumultuous evolution of the Soviet Union. The result is both a stunning portrait of a relentlessly fascinating man and a brilliant exploration of the meaning of art and its place in society.  (goodreads)

Igor Stravinsky – Russia (1882 – 1971), broadly believed to be one of music's truly epochal innovators, dominated and exerted a pervasive influence unlike any other composer on the Modern era of classical music over his seven decade career, noted mostly for unique technical considerations and his hallmark changing face, or mixing styles. 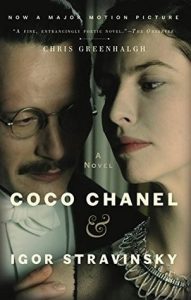 Coco Chanel and Igor Stravinsky: In 1913, at the premiere of Igor Stravinsky's Rite of Spring, the young couturiere Coco Chanel witnesses the birth of a musical revolution- one that, like her designs, rips down the artifice of the old regime and ushers in something profoundly modern. Seven years later, she invites Stravinsky and his family, now exiled from their Russian homeland, for a summer at her villa, and the powerful charge between them ignites into a deep love affair. As Stravinsky enjoys a new burst of creativity and Chanel brings forth her own revolutionary creation-the perfume Chanel No. 5-their love threatens to overtake work, family and life. (goodreads)