Show your support in the fight against HIV with these titles from our digital collections. 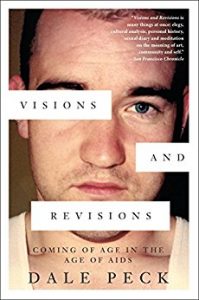 Review provided by OverDrive
Novelist and critic Dale Peck's latest work—part memoir, part extended essay—is a foray into what the author calls "the second half of the first half of the AIDS epidemic," i.e., the period between 1987, when the AIDS Coalition to Unleash Power (ACT UP) was founded, and 1996, when the advent of combination therapy transformed AIDS from a virtual death sentence into a chronic manageable illness. 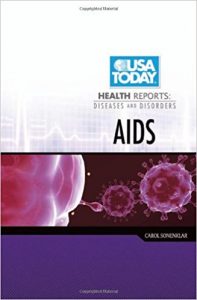 Review provided by Hoopla
In the United States and around the world, AIDS remains a critical health issue. Statistics from the U.S. Centers for Disease Control and Prevention show that 1.1 million people in the United States are living with HIV, the virus that causes AIDS, and an additional 56,000 are infected each year. In July 2010, President Barack Obama's administration launched a new U.S. government initiative to stop the spread of HIV. It was the first national strategy designed to cut new infections, boost the number of people who get tested and treated, and reduce disparities in access to care," explains USA TODAY, the Nation's No. 1 Newspaper. According to the government's report, many people do not believe that HIV is an urgent health problem. Yet without action, the nation is likely to see an increase in the number of infections, a lack of services for people living with HIV, and a rise in health care costs. In this book, you'll learn more about the U.S. government initiative, read stories of people living with HIV and AIDS, and learn important information on how people cope with and live with this illness. You'll discover the causes, symptoms, treatment, and ways to stop the spread of HIV and get the facts you need to protect yourself, your friends, and your family from this serious disease. 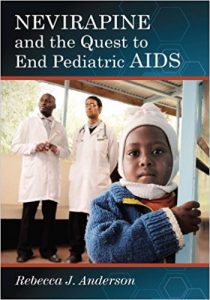 Review provided by OverDrive
In 1999, investigators announced that a single dose of nevirapine, a new antiviral drug, could stop the spread of the AIDS virus from infected mothers to their newborn babies. It was a discovery that "changed the face of AIDS globally" but it came at a high price, after years of scientific research, political conflict, social unrest and the loss of many thousands of lives. This book is the historical account of pediatric AIDS from the first reported cases in the early 1980s to the first effective treatments in the 1990s and then to the prevention of HIV infections altogether. It tells the story through the experiences of individual children infected with HIV, their families and the physicians who treated them, as well as the scientists who sought to understand the virus, discovered nevirapine's unique properties, and worked tirelessly to get it to the patients who needed it. 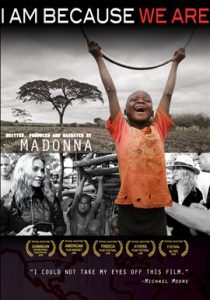 Review provided by Hoopla
I AM BECAUSE WE ARE is a film describing the journey that Madonna embarks on, exploring the lives of the children who have been orphaned by AIDS, and have suffered more than one can sometimes imagine. Set in Malawi, Africa, Madonna leads us through many heart-wrenching stories that ultimately remind us how interconnected we are. We are introduced to a culture that at times will feel disturbing, but ultimately it will challenge us and call us to action. trying to find out as much as possible about the children of one of the poorest countries on the planet, our narrator goes in and out of giving her perspective of what she witnesses and also describes her own personal discoveries.