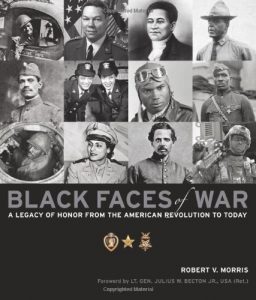 Review provided by Hoopla
This commemoration of African-Americans in the U.S. military includes contributions from W. Stephen Morris and Luther H. Smith, one of the most-celebrated Tuskegee Airmen. Other black military heroes featured in the book include Crispus Attucks, the first man to die in the Revolutionary War; Lt. James Reese Europe, who brought jazz music to Europe in 1918; Lt. Charity Adams, commander of the only all-black Women's Army Corps unit during World War II; and Gen. Colin Powell, who served with distinction in Vietnam, became the first African-American Chairman of the Joint Chiefs of Staff during the Gulf War, and retired a four-star general before becoming the first African-American Secretary of State. 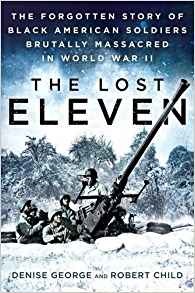 Review provided by OverDrive
Their story was almost forgotten by history. Now known as the Wereth Eleven, these brave African-American soldiers left their homes to join the Allied effort on the front lines of WWII. As members of the 333rd Field Artillery Battalion, they provided crucial fire support at the Siege of Bastogne. Among the few who managed to escape the Nazi's devastating Ardennes Offensive, they found refuge in the small village of Wereth, Belgium. A farmer and supporter of the Allies took the exhausted and half-starved men into his home. When Nazi authorities learned of their whereabouts, they did not take the soldiers prisoner, but subjected them to torture and execution in a nearby field. 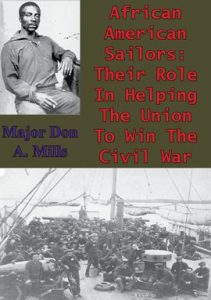 Review provided by Hoopla
Since the very beginning of American history, African Americans have served alongside their white counterparts in virtually every major armed conflict on the high seas. This was especially true during the Civil War. The Union Navy continued to experience a shortage of available manpower to sufficiently man its fleet of 600 plus ships. Life aboard naval vessels was particularly harsh and naval recruiters did not hesitate to enlist African Americans, free and slave, to ensure sufficient manning. African American sailors saw their service as an opportunity to rise above the status of social discrimination and segregation. Because of the shortage of able-bodied seamen in the Union Navy, African Americans were encouraged to join the naval service at a time when the Army and Marine Corps excluded their service. In an effort to attract African American recruits and to have them reenlist when their terms expired, the Navy tended to treat African American sailors with some degree of equality and respect once at sea. African American sailors were messed and quartered alongside their white counterparts. Per the leadership of the ship's captain, segregation and discrimination were regulated or was less prevalent than in 19th century America. The accomplishments of the Union Navy had a significant impact on its winning the war. The Union Navy could not have achieved its mission without nearly one-fifth of its total manpower, the African American sailor. Their numbers provided the credible force required to execute the strategic aims of the Anaconda Plan and helped to ensure a Union victory. The service of African American sailors allowed the North to end the war much sooner than it would have without their service, thus preventing an even greater number of loss to human life. 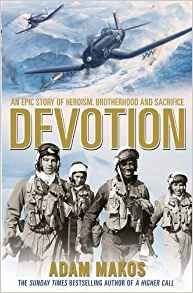 Review provided by OverDrive
Devotion tells the inspirational story of the U.S. Navy's most famous aviator duo, Lieutenant Tom Hudner and Ensign Jesse Brown, and the Marines they fought to defend. A white New Englander from the country-club scene, Tom passed up Harvard to fly fighters for his country. An African American sharecropper's son from Mississippi, Jesse became the navy's first black carrier pilot, defending a nation that wouldn't even serve him in a bar. While much of America remained divided by segregation, Jesse and Tom joined forces as wingmen in Fighter Squadron 32. Adam Makos takes us into the cockpit as these bold young aviators cut their teeth at the world's most dangerous job—landing on the deck of an aircraft carrier—a line of work that Jesse's young wife, Daisy, struggles to accept.