November is Adoption Awareness Month. So many wonderful books tell the story of adoption. In order to support those we know and love who have been adopted and to increase awareness about adoption, take a look at some of these fantastic authors and their varied stories about adoption.

Dara Palmer's Major Drama by Emma Shevah
Dara Palmer dreams of being an actress, but when she does not get a part in the school play she wonders if it is because of her different looks as an adopted girl from Cambodia, so Dara becomes determined not to let prejudice stop her from being in the spotlight.

Real Sisters Pretend by Megan Dowd Lambert
As they play, Mia and Tayja confirm that there's one thing they don't have to pretend: They know in their hearts that they're real sisters, even though others don't always recognize this since they're adopted and don't look alike. Safe in the knowledge that adoption has made them "forever family," the sisters end their make-believe journey with a joyful homecoming to a real home with their two moms.

The Year of the Baby by Andrea Cheng
Fifth-grader Anna is concerned that her baby sister Kaylee, adopted from China three months ago, is not thriving so she and her best friends, Laura and Camille, create a science project that may save the day.

My New Mom & Me by Renata Galindo
When the puppy comes to live with his new mom, he is nervous. His new mom has stripes and he doesnt. But his mom says she likes that they look different. The puppy's new mom does all the things other parents do: she plays with him, takes care of him, and sometimes even makes him mad! But when he's feeling sad, she knows just what to say.

How I Was Adopted by Joanna Cole
A young girl tells the story of how she came to be her parents' child through adoption.

All About Adoption by Marc A. Nemiroff
For the child who already understands the concept of adoption, this work provides a deeper understanding of how the adoption process works and the feelings that many children have about being adopted. Topics include why children are given up for adoption and why adoptive parents want to adopt.

Celebrate your family with this keepsake craft from Fun Handprint Art Blog, opens a new window.  All families are different, and what better way to celebrate adoption awareness month than by celebrating family? Make a family tree with this simple craft. It also makes a cute keepsake! 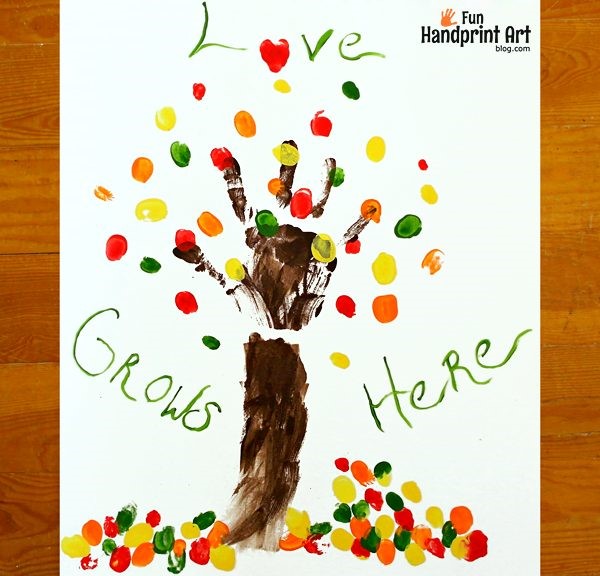