The birth of the Gutenberg Press in 1452 was the first step toward mass-production of literature, but it wasn’t until the mid-1700s that illustration became as equally accessible. Charles Dickens’ novels were among the first to display the close collaboration between author and illustrator through careful and detailed engravings. These illustrated novels were treasured and highly regarded at the time. Yet trends quickly shifted in the 20th century and illustrated novels began to be perceived as low-brow or simply only for children. With a lessened demand for illustrated adult fiction and the rise in adult graphic novels, stumbling upon illustrated adult novels or picture books is a special treat. November is Picture Book Month and Center for the Reader is determined not to be left out of all the fun! Check out these illustrated novels and picture books for adults, or stop in and take a look at over seventy examples we have on display!

The Electric State by Simon Stålenhag

Stålenhag’s post-war alternative-history picture book (or narrative artbook) shows a 1990s United States that has succumbed to VR technology and waged a seven-year war via drones. Stålenhag's art photorealistic imagery of a jarring 1997 America, enhances a story told in stages by a 19 year-old runaway named Michelle traveling west through the ruins of the country with a toy robot. Its publication was crowd funded by a successful Kickstarter campaign.

This picture book is no Green Eggs and Ham. This mildly risqué Depression era book tells the story of the seven Godiva sisters…who never wear clothing. Originally published in 1939, it didn’t gain popularity until 1987; Seuss himself described it as his greatest failure. When discussing the book, Seuss stated that he “tried to draw the sexiest looking women [he] could, and they came out just ridiculous.”

Published posthumously, this picture book includes Tolkien’s own handwritten story and illustrations on each page with an accompanying typeset to decode the author’s scrawl.

Once Upon a Time is Enough by Will Stanton

Stanton’s adult picture book is a satirical analyses of some very well-known fairy tales, illustrated by Victoria Chess. Chess has illustrated over 100 children's books, but in Stanton's story, her work helps adults explore new versions of Beauty and the Beast and Hansel and Gretel. 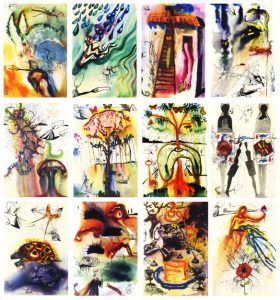 Salvador Dali’s surrealist art style pairs perfectly with Lewis Carroll’s dreamy tale. Commissioned by Random House in 1969 and reissued by Princeton University Press, readers and fans will be pleased to find some of Dali’s signature imagery in Wonderland.

Willie Was Different by Molly Rockwell, illustrated by Norman Rockwell

Molly Rockwell, a retired English teacher, took a short story her husband, Norman Rockwell (yes, that Norman Rockwell), had written in 1966 and expanded it into this picture book intended for adults. 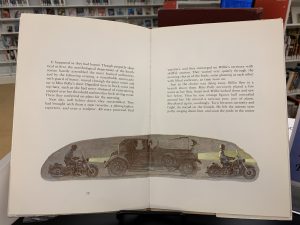