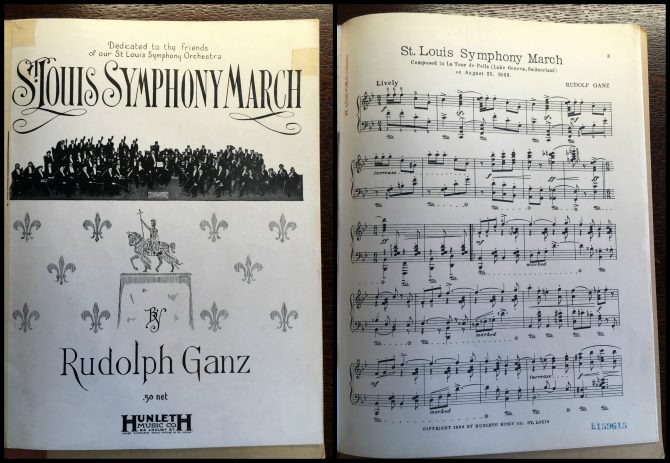 Rudolph Ganz was named permanent conductor of the St. Louis Symphony Orchestra in 1921, upon the death of Max Zach. He had toured extensively as a soloist, and while not a conductor by trade, he had superb musicianship and a personality that audiences connected with immediately. According to the SLSO website, however, Ganz had a love for contemporary music (which would have been works by Mahler, Stravinsky and others) which some audience members didn’t enjoy.  Per the SLSO, “Although Ganz encouraged the audience to hiss at works they disliked, a petition was circulated calling for his removal. Before it could be served to the symphony board, the board called for the maestro's resignation and his tenure ended with the 1926/27 season.”
Ganz died in Chicago at the age of 95. He was president emeritus of the Chicago Musical College (which is now part of Roosevelt University) and his obituary in the New York Times referenced his love of contemporary music, noting that Ganz had given the first performances of composers such as Ravel and Debussy.

This is just one of the many treasures to be found in our scores collection at Central Library. If you would like to learn more, our friendly staff in the Entertainment/Literature/Biography Room will be happy to help!