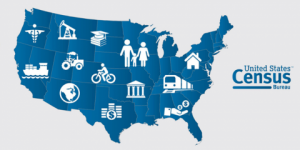 It's time for the 2020 Census! Make sure you are counted! This data helps show where your community needs new services and increased funding. Learn more about the Census and submit your response. Go to www.2020census.gov and take the census today!

Why do we have a Census?

The U.S. Census counts every resident living in the United States. Article I, Section 2 of the U.S. Constitution mandates a population count once every ten years. The Census started in 1790 and this year’s Census will shape how political power and federal tax dollars are shared in the U.S over the next 10 years. The number of congressional seats and Electoral College votes each state gets are determined by census numbers. They also guide how an estimated $880 billion a year, opens a new window in federal funding is distributed for schools, roads and other public services in local communities. The demographic data are used by businesses to determine, for example, where to build new supermarkets and by emergency responders to locate injured people after natural disasters.

To learn more, check out this Census 101.

Who fills out the Census?

The Census Bureau includes every person living in the U.S.--regardless of citizenship or immigration status. International visitors on vacation or work trips to the U.S. during the census are not included. Residents are counted at the address where they usually live and sleep. If you are filling out the census for your home, you should count everyone who is living there as of April 1, 2020.

How do I respond to the Census?

You can respond to the Census in one of 3 ways:

What questions will be on the Census?

The Census questions are very generic demographic questions about you and the other people who live with you. These questions include name, age, origin of birth, race, gender, the relationship of the people living in the same place (spouse, son/daughter, renter, etc.), and whether the home is owned or rented. There will be other operational questions as well, such as whether someone usually lives or stays somewhere else, how many people were living at the residence on April 1, 2020, telephone number, and if there was anyone else living in the residence on April 1 that do not currently live there (if the census is taken after April 1, 2020).

What if I don't want to answer all the questions?

You can skip questions, submit an incomplete census form, and still be included in the head count. But you can be fined, opens a new window for refusing to answer a census question or intentionally giving a false answer, although the penalty has been enforced rarely in the past. Returning a partially filled-out questionnaire may result in a follow-up phone call or visit from a census worker.

Why should I respond to the Census?

The Census collects data that will help states, counties, and communities determine:

Concerned that your answers may be shared with others or hacked?

It is against the law to share specific answers with anyone and the Census Bureau is using a new privacy protection system, in addition to the safeguards it already used, to further protect the privacy of respondents. 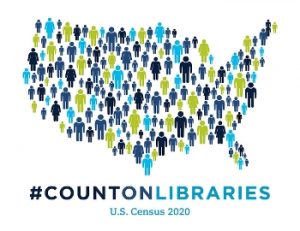