The Olympic Games trace their history back to Greece over 3,000 years ago.  The first modern Olympics was held in the summer of 1896 in Athens.  Since that time over forty cities (including St. Louis in 1904) have hosted the games. Read about the history of the Olympics with these titles from our digital collections. 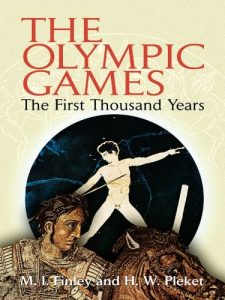 Review provided by Hoopla
A definitive survey of the Olympic games, from 776 B.C. to A.D. 261, this scholarly, yet immensely readable account of Olympic athletes in ancient times takes a highly realistic view of these fabled contests. Transporting readers back to the eighth century b.c., Professor M. I. Finley and Dr. H. W. Pleket draw upon their extensive knowledge of the ancient world to explain in absorbing detail the various sporting events and their historical, social, and religious context. They also detail the similarities and differences between ancient and modern games. Through their examination of ancient documents, the authors conclude that today's audiences would be astonished by the brutality exhibited in many of the Olympic events. The ferocity of boxing and wrestling matches, for example, is unparalleled in modern games. No event today could match the spectacle or excitement of the four-horse chariot races in which thirty to forty teams competed. Of special interest were the demands made by the victors, who expected, insisted upon, and procured material rewards for their victories, regardless of class or personal fortune. Richly illustrated with rare artwork, this authoritative account of one thousand years of early Olympic history will appeal not only to classical scholars but to all those interested in sports and athletic events. 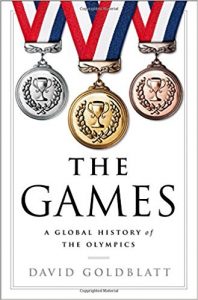 Review provided by OverDrive
From the reinvention of the Games in Athens in 1896 to Rio in 2016, best-selling sportswriter David Goldblatt brilliantly traces their history through national triumphs and tragedies, individual victories and failures. Here is the story of grand Olympic traditions such as winners' medals, the torch relay, and the eternal flame. Here is the story of popular Olympic events such as gymnastics, the marathon, and alpine skiing (as well as discontinued ones like tug-of-war). And here in all their glory are Olympic icons from Jesse Owens to Nadia Comaneci, Abebe Bikila to Bob Beamon, the Dream Team to Usain Bolt. 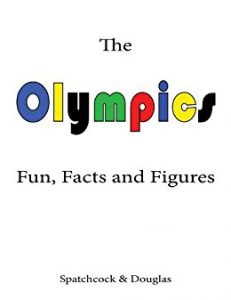 Review provided by Hoopla
This book is a collection of fun, facts and figures about the Olympic Games (from ancient to modern times) for sports lovers all over the world. 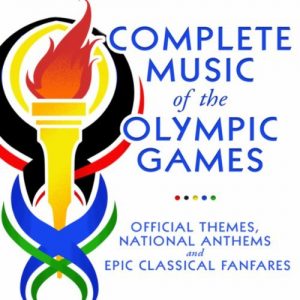